Sustainable solutions thanks to research and technology transfer

In order to focus on the future in a targeted manner, we participate in long-term and future-oriented research projects together with well-known institutions such as the Fraunhofer Institutes. The results of these research projects can then be found in new processes, such as laser polishing. 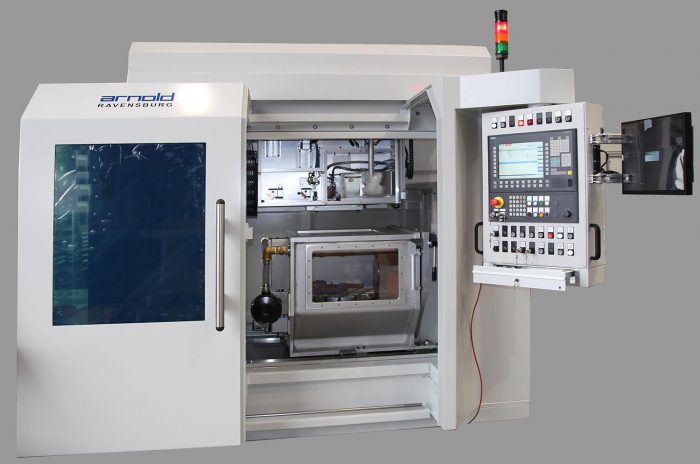 Changing demands on the tasks of our customers require system modifications again and again, which demands our innovative and creative properties and for our customers means that you get exactly the machine that fits the requirements. 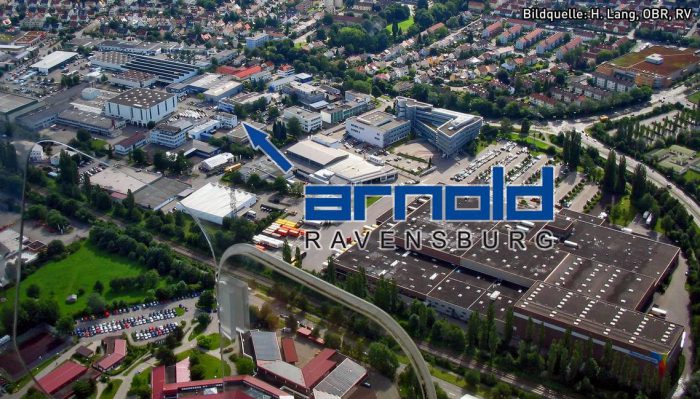 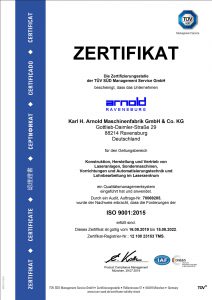 Arnold Ravensburg is according to the Quality management system ISO 9001 certified. In this way we guarantee our customers a high standard of all services and products.

That means largely trouble-free systems with maximum availability as well as turnkey solutions and processes.

ARNOLD Ravensburg was founded in Ravensburg in 1919 and has now been in existence for over 100 years.

Anton Arnold laid the foundation stone in 1919 with a special welding shop for cast iron and aluminum. With the current owner, Mr. Thomas Arnold, the company is still family-owned and in 2019 employed around 80 people in our anniversary year.

Initially, the Arnold company was a supplier of manufacturing and welding parts. Later self-constructed devices and special machines for various branches of industry were added to the delivery spectrum. 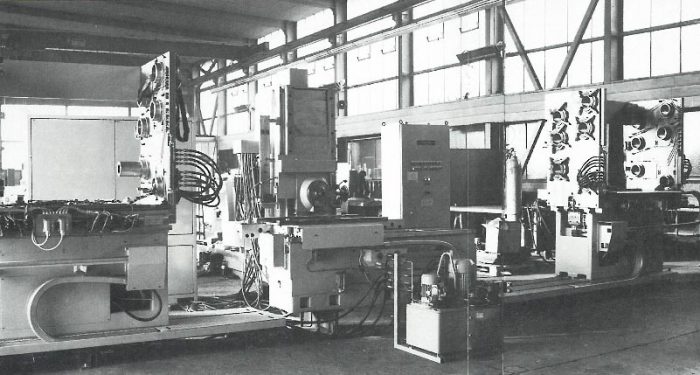 In 1985 we built our first one Laser welding system manufactured for the gear factory in Friedrichshafen. We have been producing and developing since then complex laser systems including the necessary additional processes, the necessary automation components and the special device technology for laser welding. We have delivered entire production lines for laser welding, including the accompanying processes developed by us, such as pressing, heating, brushing stations and ultrasound technology to all well-known manufacturers of drive systems.

Laser welding systems are still our most important area. But there are also many laser systems from us for laser cutting, build-up welding and even for laser hardening and laser polishing.

Today we have laser systems in use all over the world and have several hundred references. The plants can be found in all continents of the world, with in Europe and China the majority of our machines are installed.